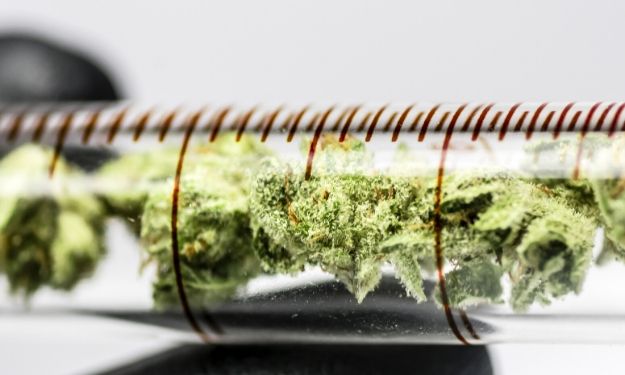 The three main ways that CBD oil is extracted from hemp include steam distillation, solvent extraction, and CO2 extraction. Each of these methods is effective for yielding CBD oil, but each produces vastly different end products with varying levels of quality and purity. To learn more about the different ways CBD oil is extracted, continue reading.

During steam distillation process, steam facilitates the separation of CBD oil from the hemp plant. As the water is heated, steam travels upwards into the flask that contains the hemp plant, causing the oil vapor that contains CBD to separate. The vapors are then contained in a tube, where they’ll be condensed into oil and water. After the mixture of oil and water is collected, it will be distilled to further extract the CBD oil from the water. This method is relatively inexpensive, and it doesn’t leave behind any toxic residue. However, it often results in inconsistent concentrations of CBD. In addition, steam distillation is relatively inefficient, as it requires significantly larger amounts of hemp than other methods.

CO2 extraction is considered the most advanced and most advised method of extraction. CO2 extraction is highly complex and expensive, but it also produces the highest concentration of CBD oil. Furthermore, it’s one of the safest methods, as it doesn’t leave behind any toxic residue. Closed-loop and open-loop systems can be used to carry out the CO2 extraction process. However, closed-loop systems are advised because they prevent gases or flammable solvents from escaping during the process, which makes them a safer option. During CO2 extraction, temperature and pressure changes are utilized to create phase changes in carbon dioxide, which creates an environment that allows the compounds in the plant material to separate based on their differencing weights. Once the cannabinoids are separated, they’re pumped into a chamber, where the CO2 will rise to the top and leave behind pure CBD oil.

If you’re interested in utilizing the CO2 extraction process to extract CBD oil from hemp, USA Lab Equipment has a variety of new and used lab equipment options. From short-path distillation equipment to closed-loop extraction units, we have everything you need to get started. For more information regarding our products, contact us today.